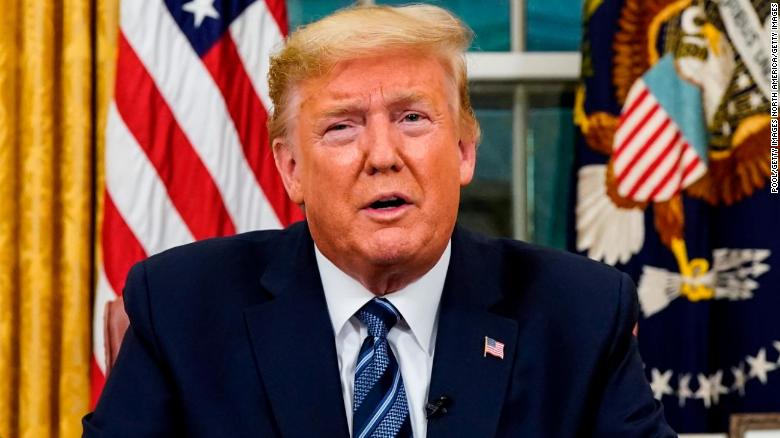 Surgeons seem to believe that problems can be fixed by surgery. Human Resource people tend to believe that training is the answer for any ill. Physicists believe that everything is logical while simultaneously believing in the inextricable illogic of quantum physics.

Elites tend to believe that any problem can be fixed by throwing money at it.

So far, economic measures haven’t worked with the coronavirus. We just might have to (gasp!) turn to science for a solution.

I’ve spoken. I’ve written. I’ve done what you would call “performance art.” All this has taken centuries.

Let me put that in perspective. Your father’s birth to your death might be around a century. Now multiply that by 20 or 30. Got it? Good.

I resorted to walking around in daylight carrying a lighted lamp claiming to be looking for an honest man. THAT is how desperate I was and am for exposing the truth. However, sooner or later, when one is not successful, it is wise to give up and seek another course.

I’ve been writing here (wherever here is) for over a year. Being dead, I do not have Twitter, Facebook, or whatever, nor do I want them. I have always fallen victim to the belief that people would seek the truth; if I were a video game, that might be true.

Bottom Line: If you want me to keep writing, do what you can to get others to follow this blog. If there aren’t sufficient people interested in what I have to say by the Autumn Equinox, I will cease writing and take my efforts elsewhere.

If few respond, then I must believe that people prefer the sensational and inconsequential to the truth.

The ball–as you say–is in your court. I’ll be napping in my sewer (look it up if you don’t believe me).

Robert Todd Lincoln, President Lincoln’s son, was very concerned about the rewriting of history after the Civil War by Southerners. He charged the slain president’s two secretaries with writing the definitive and factual history of the war. It was not about state’s rights—it started as the effort to maintain the Union, but over time, Lincoln committed to eliminating slavery. Lincoln’s son wanted to make sure that people knew the truth.

If you read history and take into account the fights in Congress in the years leading up to the war, you will see that this is true. The Missouri Compromise, The Compromise of 1850, and the Kansas-Nebraska Act—all attempting to appease slaveholders—sought to avert war; unfortunately, war was inevitable.

The issue of slavery had been divisive since before the signing of the Declaration of Independence. John Adams—founding father and second president of the United States had warned that if the South formed a new nation, it would ultimately be torn apart by an extremely violent slave insurrection. The Confederacy did not last long enough to test his prediction, but it seems logical.

What if the effort to preserve the Union hadn’t been successful? If the slaves had rebelled or otherwise escaped, what would things be like today?

Perhaps all the “Whites Only” bigots would live in the Confederated States. The rest of us wouldn’t. It’s an interesting idea.

I’m glad I died long before humans and computers began consorting. I never claimed victory in my search for an honest man–although, then again, was I honest when I said I was searching?

In any case, in your time, Facebook, video games, Twitter, and the computer thingie du jour draw you in like flies to a jar of honey. Even worse, you go willingly. Pity.

What if they worked together–or are working together? Google and Amazon know what you want. Facebook knows almost everything else.

But, what if one of the search engines or bots (they’re really the same) tracked your ability–or inability–to separate fact from fiction? If you readily believe the various conspiracy theories without adequate facts to support that belief?

There would be lots of money to be made by selling lists of such people to advertisers, scam artists, and (of course) all of the Nigerian Princes who are trying to get their inheritance.

Hey! This magic potion will make you rich!

Since I lived quite a few centuries ago, I don’t have to worry about paying taxes any longer. Nevertheless, thrift being a virtue and because I have areputation for being obnoxious, here are a few suggestions.

Is it coincidence that given the current world situation there’s a trend for governments to make marijuana legal–or is it a survival mechanism?

In any case, being dead for hundreds of years has its advantages, at least for me

Diogenes was known for his (alleged) dedication to honesty. It might have actually been hype, but it succeeded in putting him into the history books that survived until the 21st Century.

In certain cultures there is a respect for elders–for the knowledge and wisdom that they absorbed over their lifetime. After all, experience is the most expensive, yet most effective teacher, and one cannot experience much in twenty, thirty, or perhaps even forty years-even though we all believe that, before we are twenty, we have all the answers.

I watch people. I observe how they interact with one another–as families, as tribes/communities, or as part of structured organizations. I’ve seen the same things pass by at least twice; in some cases, more than twice. So, what wisdom have I distilled?

And at each juncture, our hopes are dashed and we’re surprised that nothing changes.

I shudder when I realize that I will see the same things I’ve seen before at least one more time, or possibly more before I leave this world. Do/Will we ever learn? I suspect not.

When I was young, I believed that I–and my generation–would change the world. It was the Sixties, after all, and anything was possible. Now, I’m in my sixties, and I’ve resigned myself to things being the same way they were in the days of Ptolemy, Charlemagne, Robespierre, and–well, you fill in the blanks.

It would be wonderful if Gen X, Gen Y, the Millenials, Gen Z, or whoever could actually make some changes before I leave this world for the next. I have always hoped to see this world better after me than it was before; I couldn’t do it, so I hope somebody else can.

Anyone? Anyone? Buehler? Buehler?

I don’t post often because I believe that if one has nothing to say, one should say nothing.

I believe that intelligent beings focus on ideas–not personalities or opinions. As real ideas emerge, I shall comment.

Lately, there has been a dearth of ideas.

e·lite [əˈlēt, āˈlēt] NOUN; elites (plural noun)–a select group that is superior in terms of ability or qualities to the rest of a group or society.

There have always been elites and always will. In the past, if you read the Bible, the elites such as Moses, David, and the prophets were chosen by God. Through much of history, being an elite was either a birthright or the outcome of a conquest. From the time of the enlightenment until–well, who knows when it ended–elites exhibited special talents or capabilities, such as America’s Founding Fathers, inventors, etc..

Today, being either immensely rich, powerful, or famous is how one becomes an elite. Some are elites because their parents were accomplished (Look at how many actors or musicians are the offspring of parents who succeeded, as opposed to having competed against others on an even playing field). Some elite are elites merely because they are famous for being famous.

The problem is that the Elites achieve their position due to society, and they owe society something in return. Would Bill Gates or Steve Jobs, as creative or brilliant as they are have had the same success if they had been born in rural Afghanistan or Mali? Probably not.

The Robber Barons enriched themselves in the 19th century, however, in the process, they gave the rest of society telegraph and rail systems that connected both coasts and various industries, which provided jobs to regular people. It can be argued that the Elites got the better end of the bargain, however, society benefitted substantially, nevertheless.

Henry Ford, while not the inventor of the automobile, through his invention of the assembly line, changed society. The most radical thing he did–which was condemned by the rich and powerful–was to pay his employees $5.00 per week. Why? Was he beneficent? Was he charitable? No, he was a model capitalist. By paying his employees such an “extravagant” sum, his employees were now able to afford to purchase Ford automobiles.

Not a bad move.

During the twentieth century, elites forgot that they had been succesful and became rich by utilizing the benefits of society–the roads, electricity, clean water, financing systems, etc. They forgot that they owed something back and this tends to lead to disaster. There are some very persuasive arguments that their attitude led to the Great Depression.

The theory continues that people, disenchanted with the Elites in power, turned to the other end of the spectrum. They were not benefiting–in fact they were disadvantaged by the Elites, so they wanted something different–something totally different.

In Germany, their was severe economic hardship. The “different” choice for the citizenry led to the ascendance of Hitler.

Today, many Elites seem oblivious to the plight of others and feel no obligation to contribute to the good of the order. There are exceptions, of course, but for every Bill and Melinda Gates there are a hundred other Elites who lose sleep because their yacht/house/country club is not the biggest and best.

The Elites have their advantage based on what society provides; whether they appreciate it or not, their future depends upon replenishing it.