Please help me out here. Your current president values statues over lives? He’s trying to make damage to a statue in the capital region a crime–retroactively?. I thought your system did not allow something to be declared illegal after the fact. Oh, well, I never claimed to be an expert on your laws–or anybody’s laws, for that matter.

After all, if you kill off a dozen or a hundred people or even a thousand people, it’s easy to make replacements. On the other hand, it costs a lot to recreate, repair, or repair a single statue.

I really shouldn’t be surprised. Your president would rather have people die quietly so that they do not make him look bad by adding to the coronavirus statistics. In fact, if–as he wishes–testing is significantly limited, it should be almost impossible to claim that any deaths are due to the coronavirus.

As you know, I live in a sewer. Some call it a large pot, but large pots are used for–you know. Such large pots are not used to cook spaghetti. Get the picture?

So, whenever this is all over and your current president is no longer in a position of authority, please–PLEASE–do not suggest to him that he would be welcome to join me. My sewer is mine, and only I will determine which humans can stay here.

The rats and the other vermin with whom I share my sewer make their own rules and I am not responsible for whom they invite.

After the Constitutional Convention in 1787, Mrs. Powel of Philadelphia asked Benjamin Franklin, “Well, Doctor, what have we got, a republic or a monarchy?” With no hesitation whatsoever, Franklin responded, “A republic, if you can keep it.”

A democratic republic is sometimes described as an experiment. It runs counter to humanity’s inability to restrain ambitious and unscrupulous people from accumulating power and wealth. Greed is powerful–certainly more attractive than putting the good of society ahead of one’s own best interest.

Your country is at the point at which it needs to decide whether it wants to keep a republic.

May I offer this advice. Power tends to dissipate with death. Even hereditary monarchies are prone to being disrupted, whether by conquest, arranged marriages, or revolution. Wealth is often dissipated after only a few generations. On the other hand, doing something for the betterment of others lives on.

What do you think would happen, if before every federal appointment, the candidate–be it for Secretary of State, a judge, or whatever–were required to answer, under oath:

“Are you a party to any non-disclosure agreements with anyone for any reason, and if so, with whom?

I have seen many leaders over the millennia–David, Solomon, Alexander, all the Caesars, far too many Popes and anti-Popes, kings, dictators, Czars, and all the others. Most of them, not occasionally, but on a regular basis, said things that weren’t brilliant. Many times it was to offset their feelings of insecurity–especially in the masculinity areas.

Most of those stupid–yes stupid–statements were swept under the rug and are long lost to history.

In any case, you people love to see powerful people get caught by their own words, even if they’re just acting human.

Your presumptive (I love that word) presidential candidate Joe Biden’s every syllable is parsed and people gleefully jump on any awkward statement. That’s part and parcel of being a politician.
– Biden touched his face despite ongoing warnings not to do that during the coronavirus pandemic.
– “If you have a problem figuring out whether you’re for me or Trump, then you ain’t black.”

However, in comparison, his rival, Donald Trump, gets a pass for saying such things as :
“Grab them by the pussy.”
“There’s nothing in the world like first-rate pussy”
“Is it wrong to be more sexually attracted to your own daughter than your wife?”

I’ve seen such things before and know where this will probably end. I don’t recommend it. You will not like it. 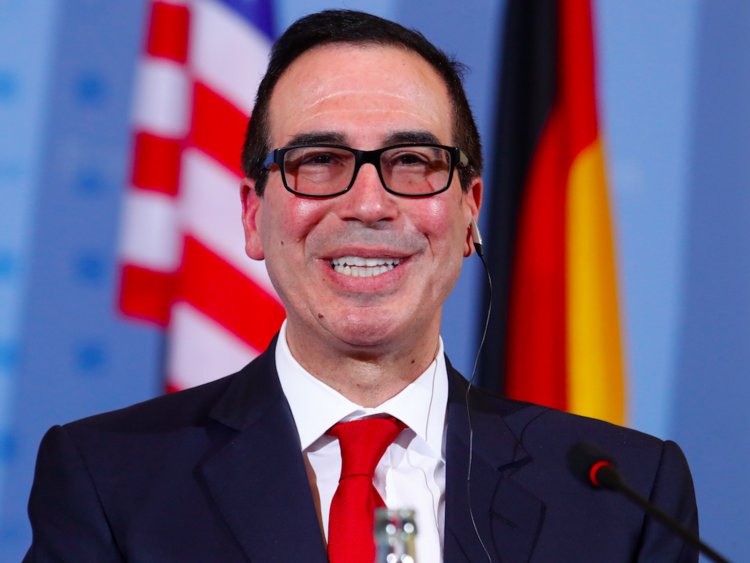 As I watch the tug-of-war between your economy and your health, I thought I could offer some helpful advise. Many of you are worrying that the attempts to return to normal when things aren’t normal might not work out so well. Not to worry.

Having been an observer for several millennia, I can tell you how the story will unfold. Money always wins. People are born and people die, but money keeps on going.

In your case, what will be interesting will be after the resurgence, how will the demographics shift. Will it be the No Mask crowd? Will it be those who live in population centers where they have quality medical facilities? Will it be those in rural areas–more spread out, but less medical capability and capacity? Who lives? Who dies? Who knows!

I promised helpful advice, so here goes. Death isn’t so bad once you get used to it. It’s the getting used to it part that takes time. In my case, it took roughly 2400 years, but today I’m better than before.

The White House is reported to be considering retributions against China. One possibility apparently is to cancel debts owed to China.

It’s only coincidental that it was recently reported that President Trump owes $112 million to China’s national bank, which will be coming due in about a year.

If you ever doubted the huge divide between the elites and you commoners, I’m sure your doubts have, by now, been assuaged by the current administration. First, the President’s daughter and son-in-law demonstrated that they, unlike you, are not required to follow the rules.Virus? Schmirus. If they want to “drive” to New Jersey for Passover, they’re going to do so.

The reason I put “drive” in quotes is because I’m sure their trip was different than any you have taken. I’m sure they did not get everybody into a Prius and head north. More likely,  they were driven in a government SUV by members of their Secret Service detail. It’s possible–if not likely–that there vehicle was the lead for a small caravan, with staff, sycophants, and others following.

There’s an old expression, “You think your shit doesn’t stink!” Mike Pence goes a step farther. His corporeal entity is apparently devoid of any harmful bacteria, viruses, or pathogens. The Mayo Clinic’s requirement that wearing a mask inside the building does not apply to him, because he gets “tested weekly for COVID-19.” Unfortunately, many pathogens are opportunistic and infect those who are compromised in other ways–such as by COVID-19. Many HIV-AIDS patients succumbed to tuberculosis, a disease that had been virtually eliminated in the US, until it could attack those with compromised immune systems.

Then there’s the Donald. If you haven’t figured out how he sees himself as above all others, you’ve obviously been in a coma for many years. I won’t give any examples  because by the time I post this, he will have exceeded anything you could imagine.

President Trump is planning on issuing an Executive Order under the Defense Production Act to force meat processing plants to remain open. He’s said that he will protect plant operators from liability should their employees contract COVID-19.

How do you open plants if the workers:

If they don’t show up at work, they can be fired. Most people who work in meat processing plants work there because they do not have a myriad of career options.

At least the company owners, such as the Chinese owners of Smithfield Meats will be safe.*

So far there is no similar protection employees.